A Time to Prepare…

A Time to Prepare…

As we enter this holiday season, preparing your family, your business, for the unexpected might not exactly be top of mind.  This time of year traditionally brings with it thoughts of the holidays, festive gatherings with family and friends, celebrations, and gift buying.  The holiday season doesn’t normally stimulate one to think, ‘What if…’ for emergency situations.  I would suggest, however, that now would be a great time to consider and prepare how you, your family and your business would respond to a certain type of emergency situation that might occur in the coming months.  It could be as simple as a power outage at home or as challenging as a major cash flow shortfall in your business due to the loss of a major customer (or maybe the opposite, gaining a major customer bringing with them a large order that exceeds your ability to fill it).  How would you respond?

Jim Collins’ book, Great by Choice, explores the research he and Morton T. Hansen completed as they studied entrepreneurial businesses that became ‘great’ based on the standards established in their study. One facet they used to measure this success was by comparing financial performance to comparison companies and the industry as a whole, similar to his book, Good to Great (which focused more on corporate type entities, not entrepreneurial businesses). Collins and Hansen found certain companies surpassed the industry standards of financial performance by over ten times (they refer to these companies as 10 X’ers). Their book thus explores what exactly caused that type of performance and whether it could be duplicated or not in future companies.

An overriding theme threading its way through the book has to do with the way that great individuals and great companies prepared themselves for the unexpected.

One of the main concepts Collins and Hansen attribute these companies’ success to is the concept of a triangle of converging principles, anchored on each corner by one of three guiding principles.  At the apex of the triangle is the principle of Fanatic Discipline, (which they use the example of the 20 mile march and examples of Amundsen and Scott as they each led expeditions to be the first to the South Pole in 1911, one successful, one not); at one corner is Empirical Creativity (fire bullets, then calibrated cannon balls), and the other corner is Productive Paranoia (leading above the ‘death-line’). It is the first and third principle that so relate to the work we do in preparing for businesses to deal with the unexpected emergency situations and challenges that will inevitably develop.

The principle of the 20 mile march could be related to the story of the tortoise and the hare. Slow and steady gets one to the goal more assuredly and even though one has the ability to surge forward at certain times, the expenditure of resources during those times can make it difficult to continue at the same pace, and sometimes to survive, the more challenging times on the horizon. Many become frustrated during these times and impatient with the progress. This is where the term, Fanatic Discipline, comes into play, disciplining oneself to move forward at a predetermined pace that can be consistently followed, even through the difficult times. During the good times, resources can be marshaled in preparation for these more challenging periods.

An interesting point Collins brought up is that many of us that grew up in the 1960’s through 2000 lived through one of the most stable and prosperous economic growth cycles in U.S. history. Much of the way we think was forged within that period of time and by being exposed to the situations the country faced during those years. The challenge now comes that as we look forward, many of us that lived through those years will base certain decisions on the way in which we approach life (and in preparing ourselves and our organizations for the future), as if the environment we grew to be adults in would continue in the years ahead. Collins and Hansen drive home the point that the world we live in now is forever different from those years in the late 1900’s. We live in a world now characterized, as they put it, by “uncertainty, chaos, and uncontrollable world dynamics”. As Stephen Covey would say, we need to consider a ‘paradigm shift’, moving from one paradigm of somewhat predictability and perceived controlled situations of the 1900’s to now one of more instability and chaos, brought on through an increased globalization of economies fueled, in part, by technological advances in communications.

The lesson… be cautious about making decisions to lead at a pace assuming that resources will be there in the future as they are now.

Productive Paranoia, or leading above “the death-line” as Collins and Hansen characterize it, has to do with always planning for the worst case scenario. From an economic standpoint, the ‘death-line’ as they call it, is an imaginary line of available resources which, if crossed, would mean exhaustion of critical resources to the point of the demise of the business or individual. Whether the resources are monetary, available personnel, energy, whatever, when that line is crossed the entity ceases to be able to survive.

From a leadership perspective, this book, Great by Choice, illustrates several principles that we need to consider as we approach the preparations for responding to future emergency situations. First, we should not base our plans for the future on our internal paradigms of the way life has been over the past 50 years. Future events will be governed even more by uncertainty, the inability to control events as effectively (due to global influences, technology and the unique threats they bring), and will originate from a certain amount of chaos in the world. We need to approach the planning for future disaster events with these changing dynamics in mind.  As we understand that this paradigm shift has taken place, we need to work to communicate this understanding to those around us and to build linkages to those leaders across silos. Times are different now and we need to reflect that in the way in which we prepare. We also need to take into account the principles of Empirical Creativity and Productive Paranoia, as discussed above. It has been said that the time to prepare is not when you need to.  Consider now as that time and begin to take steps to lay the foundation to be ready for that next unexpected, and potentially disastrous, event.

3 Strategies for Maximizing Your Potential on LinkedIn 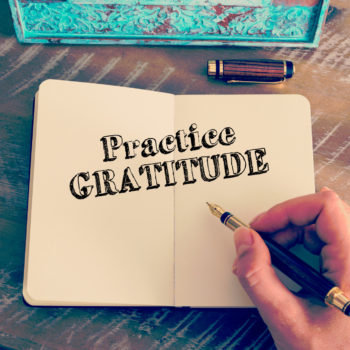