Natural stone importer Humberto Padoan of Brazil had worked in the industry a dozen years – six after a transfer to Norcross – when he decided to open his own company.

“The U.S. gives you a lot of opportunity to go into business for yourself,” he says. “I had the experience and desire, and the moment was right in my professional and personal life.” At the end of 2013 he opened GAR- PA Co., through which he imports medium- to high-end granite and marble slabs from Brazil and Italy. He sells the stone on consignment to distributors who then re- sell it to finishers and installers.

Quickly recognizing that he would need help with his budget and legal questions, Padoan went online and found the University of Georgia SBDC. “That’s when I started a relationship with Mark,” he says.

Mark Butler, area director for the Gwinnett SBDC office, met Padoan on April 1. “From the start, Humberto had several contract and legal questions he wanted addressed in the right manner. He wanted to make sure that his business was structured and registered correctly, and that he was meeting all requirements on the regulatory side.”

So Butler began coaching Padoan, guiding him on his financials, and referred him to a resource partner for his legal concerns and needs. “Humberto was able to tighten up his legal documents and solidify his position with his first distributor in Charleston,” he says.

Butler and Padoan continued to meet and discuss his growing business. “Humberto was faced with a wide range of additional import opportunities, and he wanted assistance and input on how to vet them.” In the end, Padoan chose to focus on his core product and service area while looking for the best way to expand his operations.

This decision led him to sign a deal with a second distributor/consignee located in Savannah and secure an arrangement with a second supplier in Italy. “These relationships significantly expanded Humberto’s market reach and positioned his business for additional growth,” says Butler.

Padoan also took the SBDC’s first QuickBooks class and attended its lender forum on financial opportunities. “I went to Mark for consulting, and then saw that the SBDC could offer me more than advice on my business’s structure. “Humberto went to the class to get general information, but it was a catalyst for him to start thinking about getting a loan for product acquisition,” says Butler. “His supplier had offered him a significant discount, but he had to pay cash up front to purchase the stone.”

Padoan applied for a SBA-backed Working Capital/ Express loan to take advantage of the discount offer and increase his stock with his consignees, who were asking for more material. Butler advised him on his financials and helped him craft his responses to the bank’s questions.

He received the loan through the Celtic Bank in early August.

“The loan proceeds allowed Humberto to secure more product and increase his margin on the sale of that product because of the purchase discount,” says Butler. He used the extra cash generated by the arrangement to secure even more product and compound the effect over time.

And it has compounded, reports Padoan. “Three months after the loan, my sales are four times greater.” And he has acquired a 10,000-square-foot warehouse near the Savannah ports.

“Humberto’s biggest challenge going forward will be to manage his growth,” says Butler. “But he’s well capitalized and frugal and sensitive to not growing too fast. He continues to anticipate the market and where he needs to go next. He will pick and choose his opportunities wisely.”

And Padoan will continue to go to Butler for advice. “The Georgia SBDC is great,” he says. “They give you many choices to consider, open new avenues and make you think about other possibilities. They give a lot of advice, but never say ‘do that.’”

He says he continues to contact Butler monthly to report on how his business is doing, and he plans to take another SBDC QuickBooks class soon. “Mark always gives me some new insight. It’s hard to believe that not everyone makes use of the amazing services the SBDC has to help small businesses.” 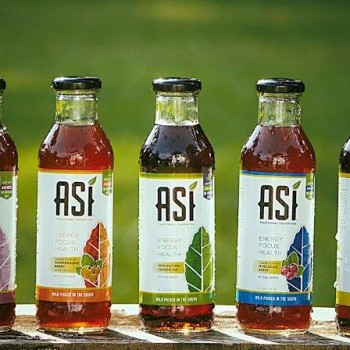 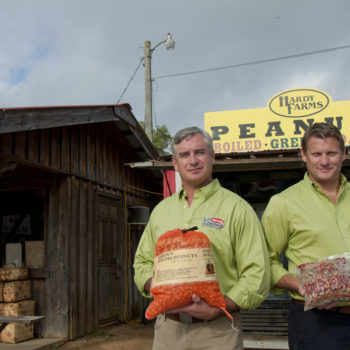