Just Tap’d is a popular Macon destination, a friendly growler fill station and hangout where people unwind with a choice of more than 60 cold craft beers on tap and artisan-prepared pub food. Decorated like an Old World pub, it is owned and run by U.S. Air Force Officer Jeff Kressin and his wife, Beth, both experienced entrepreneurs.

The Kressins have owned small businesses from Southern California to Cleveland, wherever Jeff was stationed – from franchises to a flight school and an IT consulting business. They’ve even raised and sold alpacas.

They began this journey in their early 20’s as Amway network marketers, which Jeff says provided them the seed of small business knowledge. “Over the years, that propelled us into a number of new ventures,” he says.

When the Kressins transferred to Warner Robbins, they began looking for their next venture. “We knew we’d start another business, we just didn’t know what,” says Jeff.

[tweetthis display_mode=”box” remove_twitter_handles=”true”]Considered an extension of this #smallbiz staff, see how the @UGASBDC helped secure funding for one Macon business:[/tweetthis]

A friend introduced him to places in Atlanta that sold craft beer in growlers. “That first visit sparked my interest,” he says. “The beer was fresh, the people there were very into it, and there was nothing like it in Middle Georgia.”

Jeff and Beth decided to open a growler fill station in Warner Robbins. While putting together the business plan, Jeff learned about the training and resources available through the University of Georgia’s Small Business Development Center. He met with Josh Walton, area director of the Macon office.

“I found out that Josh and the SBDC were resources small businesses could use, for free. I thought, ‘Wow, here’s a guy who’s like an extension of my staff. Why wouldn’t I go to him?’ We got to talking, and he told me about the financing, market analysis and other help he could provide.”

“He and I began looking at my business plan. He provided a template that made it a lot easier to develop the plan,” says Jeff. “Josh gave me a wealth of guidance, knowledge and information. Even with my experience, I found great value in his services.”

“When we opened, I immediately knew we needed to do more than a growler fill station,” says Jeff. “We wanted to expand because our first location was so successful.” He turned again to the UGA SBDC for help in finding more funding. 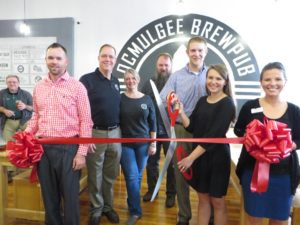 “Jeff had organized a great concept,” says Walton. “We helped him put his plan into a format a lender or investor could look at and make a decision.”

In September 2014, they opened Macon’s Just Tap’d to do growler fills and within a year they were serving food.

By early 2016, both locations were employing 16 staff members including the Kressins’ son Nate and his wife Kaitlynn. Annual sales grew more than 30 percent after they opened the kitchen. They then sold the Warner Robbins location and returned to Walton with plans to expand with a new concept.

“We’d love to operate a place where we can make the beer ourselves,” says Jeff, “but there’s no room to do that here at Just Tap’d. So we decided to move forward with our largest investment ever, a full-fledged brewpub in downtown Macon.”

Jeff told Walton he’d rather find private lenders than work with a bank.

“Josh recommended we apply for local and regional development funds. He began the education process, connected me to the right people, and that’s how we funded the brewpub – along with private funds,” says Jeff. “It paid off in huge dividends. These funds are at a better price point than I could have ever received from a traditional bank.”

The new Ocmulgee Brewpub located in historic downtown Macon will feature a premium line of gourmet burgers, fries, salads and craft beer brewed on-site. It will open with up to 30 new employees.

“This is about three times larger than any investment we’ve ever made, and Josh has been instrumental in helping us develop and fund this one,” says Jeff.

“No one person can run a successful small business on their own. It takes a team. Without Josh being a part of our team, we wouldn’t be able to do all that we’re doing now.”

The UGA SBDC can help your small business grow too! Learn more: 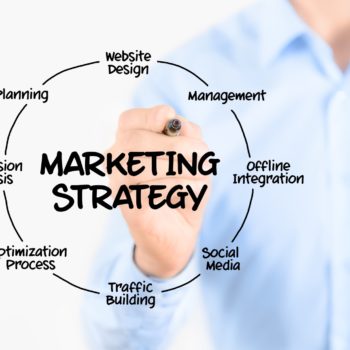 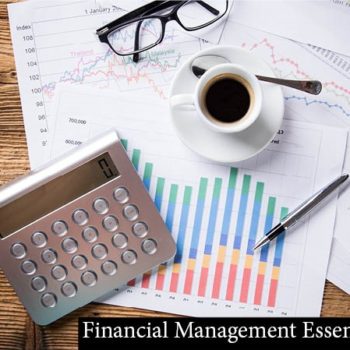