How This Founder Uses His Competitiveness to Succeed in Business

How This Founder Uses His Competitiveness to Succeed in Business

When he was in elementary school he wanted to be a professional athlete, a pro-basketball player, and the competitive attitude that often comes from sports has certainly transferred into business with him. He likes to win.

Ehrlichman launched Porch in September of 2013, despite some telling him that the industry wasn’t one that allowed growth. Apparently, they were wrong. Porch partnered with Lowes in April of 2014 and now has 3.2 million professionals, 132 million projects and has raised $100 million, according to its website.

“I like to win. I am competitive,” he says. “That is certainly something that creates energy and drives me, is not accepting not having the outcome that you want.”

We caught up with Ehrlichman and asked him 20 questions to figure out what makes him tick:

1. How do you start your day and why?

I am more of a night person. I would rather use my nights versus the mornings. So, I minimize the time between when I wake up and when I’m in the office for my first meeting.

I will wake up before I have to make my first meeting, which usually starts around 8:00, look at email and delete the stuff that’s not important and get back to anything urgent. I then get cleaned up and off I go to work.

After leaving work I try to go home, put the work away fully and be a great husband and dad for a couple of hours. After I get the kids to bed, I have an opportunity to get my work stuff done. This is when I can crank through emails, get any projects done that I need to get done and make sure I am set to go for the next day.

3. What is a book that has changed your mind?

Jim Collins early on in my life made a big impact with a couple of books, one was Build to Last: Successful Habits of Visionary Companies. It really had me reframe what type of company I wanted to build. I knew since an early age that I wanted to be an entrepreneur and have businesses but building a great business, one that would be enduring, is appealing and something you can really be proud of.

4. What is a book that you always recommend?

Jim Collins’ book, Good to Great: Why Some Companies Make the Leap…And Others Don’t.  Again, I think that for a fellow CEO or entrepreneur, it’s a great way to think. There are others as well — theLean Startup is great to help newer entrepreneurs think about how to build a company.

5. What is a strategy you use to keep focused?

Agreeing on what are the key metrics at a company, posting those metrics up on the wall where everybody is walking by every day and updating those metrics every week. This is a way to keep the team focused on the most important things all the time.

6. When you were a kid what did you want to be when you grew up?

I wanted to be a pro-basketball player, and then realized I wasn’t going to be nearly as athletic enough. Luckily, for me, I got on the entrepreneur track very early. I started my first company at 14; I was selling sand dollars on the street.

7. What did you learn from the worst boss you ever had?

I haven’t actually had many bosses. I have never interviewed for a job, and I’ve just had people that I have worked with for a short periods of time when selling companies that I built up.

8. Who has influenced you most when it comes to how you approach work?

My leadership team at Porch. I have learned a tremendous amount from those folks and from this team. An example is the the power of focus and how powerful it is to have a team of people that are all focused on a very specific set of work, instead of getting distracted or diversified.

9. What’s a trip that has changed how you work and why?

When Porch was originally putting together our partnership with Lowes, we went to Moorseville, North Carolina. Our first meeting in their headquarters, we were going through their office and meeting various people. It was impressive to see how a large company like that can remain so focused on the customer. That was inspiring for me: being customer obsessed and trying to get that instilled into the culture of the company.

And there is no doubt that even over the last six months we have become increasingly customer focused, but there’s lots of work still to do.

Number one: addressing a real pain in the world that real people feel. When I was starting Porch I didn’t want to just build the next widget — that’s the reason we tackled the home-services space. It actually is painful for people. Secondly, I like to win. I am competitive. That is certainly something that creates energy and drives me.

11. What was your first business idea and what did you do with it?

The first one I can remember and did something with was a company called All Star Camps. When I was 14 years old, I started a multi-sports camp for elementary-aged children. Over the course of the next five years, I built it up, scaled it and had different sites across Western Washington. It was also one of the best jobs, because you’re playing sports with kids during your summer break.

It also solidified for me that it’s what I love to do: building a company like that is tremendously fun.

12. What’s an early job that taught you something important or useful?

I founded All Star Camps at age 14 and scaling it up for the five years thereafter was my most useful early job. I learned how to grow a business, recruit new customers, hire employees and how to make sure an operation runs consistently and smoothly. Even as a teen, I knew the secret was about two things: a unique angle to getting new customers and to then delight my campers so their parents would want to send them back for more sessions year after year.

This is more on the family-related side, but when you’re home to be all in with your kids and wife. You don’t want to look back and regret not having been a great dad through those years, because it goes quickly, and I have taken that to heart.

We have several different hats that we have to wear and whatever hat you’re wearing to be fully in and focused on that.

14. What’s the worst advice you have ever received?

Before I started Porch, I remember having conversations when I was looking at different industries. I remember somebody saying that no new startup will ever again be able to be successful in the home-services space. The dynamic of the space just doesn’t allow it to happen and companies that had started 15 years ago had established themselves with SEO and everything else.

Given what Porch has done in a very short period of time, that was very bad advice.

15. What’s a productivity tip that you swear by?

Time is a precious commodity, so how you block your calendar is a more important productivity tip than what app or tool you use.

I believe in spending the day in meetings with people as much as possible and then spend time at night doing email and action items.

16. Do you have any apps you use for productivity?

My trusty notebook. When you’re taking notes in your notebook, it works when you’re with other people, like in meetings. It’s a way that I can document what I need to and have them know that I am focused on this conversation.

I have different symbols for different action times that I need to get done that day. I will review at night to make sure I got everything done.

17. What does work-life balance mean to you?

To be all in on whatever you’re doing during that particular point in time. Be the best that you can be.

18. How do you prevent burnout?

Making sure there are big goals and they are clear can help with that; it changes the pace. I also find wins are energizing.

Burnout happens when there is too long of a time between when something big and meaningful hits. You work towards progress and getting those wins, and it creates tons of energy when you get to go and see that happening.

19. When you are faced with a creativity block, what tools do you use to get innovative?

For me it’s talking with another person, or two or three. Conversation, especially with smart people, triggers ideas.

20. What are you learning now and why is it important for your future?

What I’m learning is how to take Porch to the next level —  financially, with customers, with leadership team, with focus.

We have come a long way, but there is so much still to do, and I am continuing to learn how to get a team rolling together. That is never easy but that’s the stuff I am focused on today.

The Entrepreneur with 1000 Faces: A Formula for Success 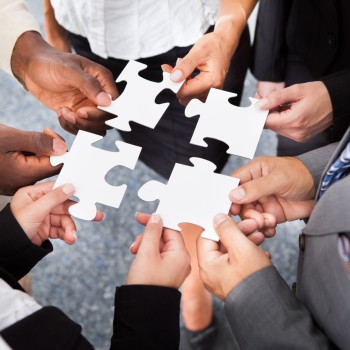 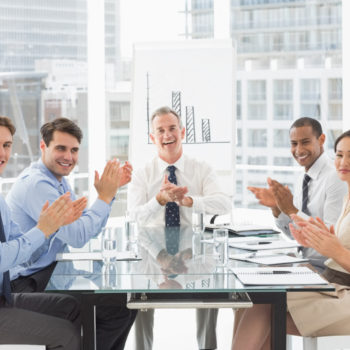