Savings and sustainability go hand-in-hand in Brad Bishoff’s Cartridge World. Any business that uses printer toner or ink –from retailers to legal offices and hospitals– can save up to a third of their costs on these items at his three stores. His customers also help the environment by recycling toner and printer cartridges that would otherwise join an estimated 350 million spent cartridges that end up in landfills every year. Bishoff, a former accountant and banker, knows those numbers add up. When he considered purchasing his third Cartridge World franchise in Athens, however, he felt he needed something more than good numbers to add the third store to his holdings. 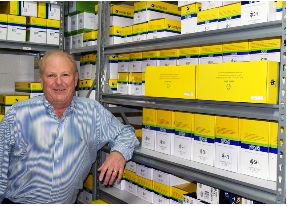 “I’ve been to the University of Georgia’s Small Business Development Center a couple of times for help,” he says. “This time, I felt like I needed to be held more accountable. As a small business owner, it’s sometimes hard to stay focused. SBDC consultants hold you accountable like a board of directors would.” Bishoff had worked with the Athens office on marketing and strategic planning for his two earlier franchises. When he came to Area Director Laura Katz to request more help, she suggested he attend the UGA SBDC’s GrowSMART®. “We encouraged Brad to look for his third location strategically,” says Katz. “Often, when businesses open multiple locations, there is too much to manage. The business can start falling apart.” In January 2015, Bishoff purchased his Athens store. Shortly after, he realized the location had been losing customers, so he returned to the UGA SBDC to learn more about developing sales, marketing and employment strategies.

“I don’t like asking for help from anyone,” Bishoff admits. “I’ve always thought my ideas were the best. In working with Laura and the SBDC, however, I came to the realization that I needed support and guidance. You can get that with the SBDC.”

In working with Katz, Bishoff learned he needed to focus more of his time on generating business-to-business sales at his new store. First, though, he needed to attend to some human resources issues. “The employees in the Athens location had previously not been required to make products of the quality Brad demands,” says Katz. “Brad not only had to find and hire the right employees for the store, he had to rebuild relationships and repair its reputation.” Bishoff learned how to address his human resources issues differently and wrote new job descriptions. “I’d been tolerating mediocre employee performance, but it got to the point I could no longer do it. In working through this issue with Laura, I learned to change the way we screen new employees and how to define exactly what we wanted. I didn’t settle for less, like we had in the past.”

Bishoff then began working with Katz on marketing. He improved his sales lead development and wrote a letter of introduction on his company and its benefits. He also hired a general manager to run the three stores, which freed him to do more business-to-business marketing and sales. “Laura gave me some important guidance on getting started in sales,” he says. “I’m not a salesperson, but once I get started, I enjoy meeting and talking to people. Laura helped me come up with an introductory letter that had a good response. We got back some previous customers who had gone silent. We’ve changed the entire culture of that location.”

Employment at his three locations has since grown to eight. Sales at the first two stores grew 40 percent from 2009 to 2015, and Bishoff now expects a steady rise in the third. “This ship is bigger than I thought it was, and it’s harder to turn, but it is turning,” says Bishoff. “We are moving in the right direction and seeing some results. “If you’re a small business owner and don’t have a mentor to go to for advice that you trust, I’d absolutely recommend the SBDC.”

Investing in Your Staff Pays Off 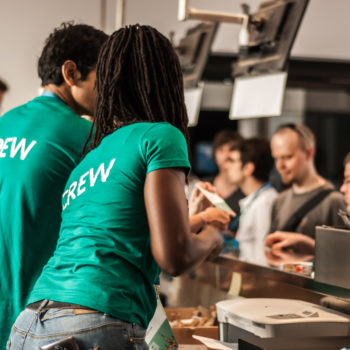 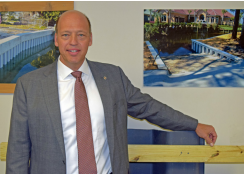