MF&H Textiles is Taylor County’s largest single-point private employer with nearly 50 employees. Its 19-acre campus between Columbus and Macon was dead in the path of Hurricane Irma on September 11, 2017.

A roofing contractor made $79,000 in emergency repairs two days later, but the waterlogged insulation remained in place. While insurance negotiations extended from days to weeks, heat vaporized the stormwater and moved it into the insulation throughout the roof structure, which then needed to be replaced.

“We were devastated,” said Wade. “The deductible for the initial repair was swift, catastrophic and buckled our financial knees. The long recovery was going to grind our nose into the dirt. Our financial survival was imperiled—our employee’s jobs threatened with extinction.”

In his search for federal disaster assistance, Wade contacted FEMA and the SBA. SBA directed him to Mark Lupo at UGA’s SBDC.  “Mark came out to the plant right away and conferred with us.”

President Trump had issued a disaster declaration for central and southern Georgia counties affected by Hurricane Irma. However, Wade discovered the disaster assistance emergency loans were not applicable to inland counties. Lupo advised Wade to register MF&H on the FEMA website, despite what he’d learned. “Any company affected by a disaster must be registered to validate its damage and promote the fact there is sufficient damage for the county to be declared a disaster area,” said Lupo.

Lupo researched all disaster declarations for Taylor County. He then explained his research to Wade, including the paperwork he’d need.

“We were looking at ways to boost revenue,” said Lupo. “If MF&H wasn’t able to get the loan through a disaster declaration, an increase in international trade could create the cash flow they needed to take care of the roof repairs.” Wade also contacted Senator David Purdue’s office.

[tweetthis display_mode=”box”] See how the UGA SBDC helped this South Georgia business cut through the red tape to secure a loan through a disaster declaration to help increase international trade and create the cash flow needed:[/tweetthis]

“Sen. Purdue said the government would help the company recover from the hurricane disaster. He sent his field representative, Kathy Burns, down here. She brought in Joyce White, state director of USDA Rural Development in Georgia. Burns, White and Lupo stayed after FEMA, the SBA and the USDA for us.”

When Lupo followed up with SBA in late November, he learned Secretary Perdue had added Taylor County to the U.S.D.A. Disaster Declaration. He advised Wade to re-code his application to the appropriate hurricane statement and assisted him in contacting the SBA Office of Disaster Assistance. He then introduced Wade to several banks and bankers and advised him on his loan applications.

By December, MF&H’s application had been accepted, reviewed and approved. The loan closed in early 2018. MF&H continues to review opportunities with Georgia Tech and the GDECD’s International Trade Division.

“It was a fight every day trying to recover from that disaster,” said Wade. “We found in Mark Lupo someone genuinely interested in working with us and helping us cut through the red tape. That’s what the SBDC does, it serves as a point person in securing help from the government.” 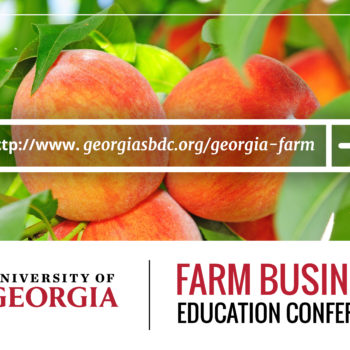 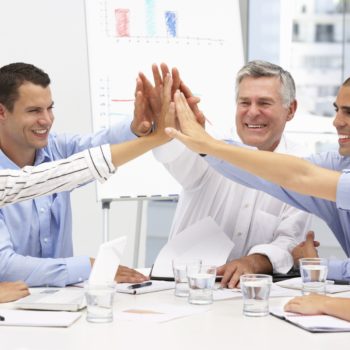