Leadership in the Workplace — the Beginning

Leadership in the Workplace — the Beginning

When I retired from the Army after 34 years, I decided to do some consulting work, especially to companies involved in the food industry.

My last military job was director of the Army’s commissary command (a grocery chain). I was familiar with many of the key players and companies, and I knew I could help them improve their sales in military commissaries.

About three days after I retired I got my first consulting job for a large food distributorship in Virginia. I flew to their location and met with the owners and key people to discuss the project.

I was surprised they didn’t want my advice on food distribution but wanted help sorting out their organizational problems. I asked why.

They responded that they had read some of my letters to the key managers of the commissary system, in which I had addressed leadership in the workplace. They had decided to hire me to look at their company and provide recommendations on improving their management structure.

I told them I saw major differences between management and leadership. I explained I believed that management is a science. You can go to school and learn how to manage just about anything, except people.

Leadership is an art that can only be developed by the consistent application of time-tested leadership principles. It involves encouraging people and establishing an environment for personal growth.

After spending several days observing the company, I realized why they were having organizational problems. They were trying to manage people as if they were moving inventory.

Everything was structured, and the people were not considered in the process. The results were the workforce was doing exactly as instructed. The “management” structure would not allow them to participate in making necessary corrections to improve overall effectiveness.

The lack of injecting leadership techniques (principles) was not only causing the company to face almost daily personnel issues but impacting on the bottom line.

As one example, on frozen products the company was required to use a special label that would stay adhered to the package regardless of the temperature. These labels were expensive.

I asked one of the warehousemen why he was using all-temperature labels and he said, “I told my boss we were wasting money, but he told me don’t worry about it because it takes too much time to get new ones printed and made available.”

There were many other findings during my short stay with this company, all of which pointed to a lack of leadership and an overdose of applying management rules.

At the exit meeting, I outlined my findings and recommendations. My report encouraged the company to follow my suggestions to correct their operations and get their employees involved in the improvement process.

In later articles, I’ll explain the leadership principles I suggested. But, here are a couple (findings/recommendations) to think about.

Finding/recommendation 1: Remove “Thou Shall Not” from your employee handbook. Most employee handbooks are prepared by the HR person with cooperation of the equal opportunity manager and reviewed by an attorney.

Why? Why is it necessary to use a form? Why can’t the employee just suggest his/her idea to their supervisor either orally or on the back of a cardboard box? The central idea is get the employee to suggest and be involved.

Finding/recommendation 2: Stop asking for suggestions during weekly staff meetings if you are not going to give feedback within a short time after the suggestion has surfaced.

It is impossible to gain the confidence and involvement of your employees if you ask for advice/ideas/suggestions and then do nothing. Create a feedback scheme that insures the employee making the suggestion gets a reply.

Also, make sure all of the participating group members learn of your thoughts on all suggestions. Improving two-way communications goes a long way in establishing a healthy and innovative work environment.

LTG Trefrey, the Army Inspector General (retired), often said in his closing remarks for new commanders: “Go out and catch people doing something right. Then make a big deal out of it.”

My friends, that is leadership! 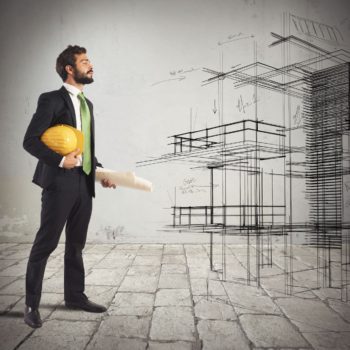