Small, start-up businesses are not the only type of company that can learn from experts at the University of Georgia’s Small Business Development Center. 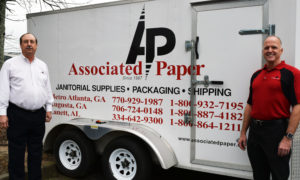 Associated Paper is a case in point. A successful family-owned distributor of industrial packaging, shipping, janitorial and sanitary maintenance supplies, Associated Paper serves more than 3,000 clients in middle Georgia, South Carolina and Alabama. It employs 48 staff at its headquarters in Conyers, branch warehouses in Augusta and Lanett, Alabama, and a showroom/warehouse in Marietta. In 2012, its top executives began looking for training in the new tools and technologies that would allow them to run the business more effectively and efficiently, ensuring its long-term sustainability.

“We needed help getting better organized and doing some long-range planning,” says CFO Gerald Hinesley. “We thought the UGA SBDC would be the best place to start.” Hinesley and President Ronnie Kent reached out to Sharon Macaluso, area director of the Decatur office, for help on warehouse issues. She and consultant Bob Thiele helped them conduct reviews and provided recommendations for improving inventory management and warehouse layouts. This work led to a strategic planning retreat in 2013.

“Associated Paper had reached a good level of success,” says Macaluso. “But like many businesses, they hadn’t focused on their long-term goals. Looking further down the road would tell them what opportunities lie externally and what internal changes they needed to make.”

“We felt we had some areas we could improve upon. The strategic plan helped us there, and it confirmed some of the things we were doing well,” says Kent. The strategic planning helped them identify Associated Paper’s core values: integrity, commitment, excellence and accountability.

“We came to the realization we’d been hiring folks whose core values didn’t match ours, which helped us deal more quickly with people who weren’t a good fit,” says Hinesley. “It’s now a major part of our hiring practices.” Two years later, the company had experienced a great deal of turnover in its customer service and purchasing departments. Inexperience and shortages between hires had generated frustration across all departments, so Kent and Hinesley turned again to Macaluso.

They decided a team building exercise would get everyone rowing in the same direction, so Macaluso phoned Steve Dempsey, associate vice president of UGA Public Service and Outreach. He recommended Brandon Leahy, a public service associate and leadership development trainer with the UGA Fanning Institute. Their discussions led to a Saturday team building retreat with 30 of the company’s employees from customer service, purchasing, sales along with officers and managers and led by Leahy.

“We were a little concerned because we scheduled this on a Saturday. It was a bit challenging bringing our employees in for the day,” says Hinesley. “But Brandon was wonderful. We had a lengthy conversation before the training, and he came in and did an outstanding job getting all the employees engaged in the process. At the end of the day, our employees said it was a great exercise for them.” 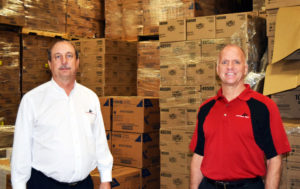 The exercise allowed Associated Paper an easier transition while making personnel and operational changes. Inter-department and cross-department communications improved, leading to overall higher efficiencies and productivity. Associated Paper has realized five percent annual sales growth and hired a new vice president of sales since its management began working with the UGA SBDC. “We’re kicking off our big 50th anniversary promotion in January 2017. Led by our goals and objectives, we have a lot of plans for growth that we’re doing with our employees,” says Kent. “We are excited about the potential.”

“Associated Paper is an established business with a higher level of sales. But they, too, came to the UGA SBDC to learn how to develop solutions to the variety of management issues they’ve encountered,” says Macaluso. “We provide the resources any small Georgia business needs to address any management issue.”

“The SBDC has a lot of capabilities to use if you just reach out and are open to discussing the problems you’re having,” says Kent. “They have a wealth of knowledge and their people are available when you need them.” 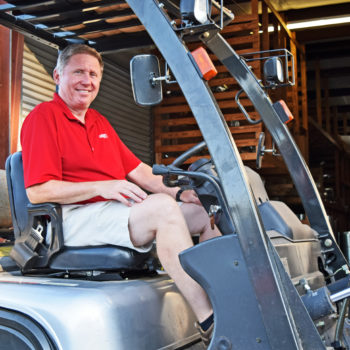 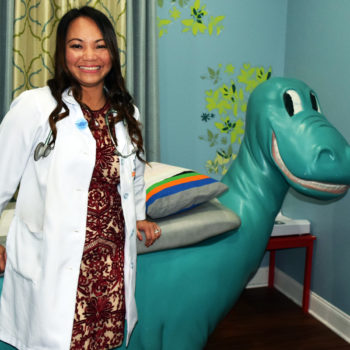