In the 2018 edition of the University of Georgia Small Business Development Center’s international award-winning publication, “Small Business and Its Impact on Georgia,” the article below titled, “Real Estate Sector Opportunities Under The Tax Cut and Jobs Act,” was featured.

Tax reform is the first legislative success of the young Trump Administration, with Congress and the President having managed to pass the Tax Cut and Jobs Act (H.R.1) by narrow margins after compromises between the House and the Senate. The National Association of Realtors® and the National Association of Home Builders fought against the plan because of three changes that limit the deductibility of mortgage interest and property taxes.1 NAR President William Brown said, “The nation’s 1.3 million Realtors® cannot support a bill that takes homeownership off the table for millions of middle-class families.”2 Yet, contrary to their worries, the real estate industry will be just fine after tax reform. Plus, the small business owner who foresees the impacts of tax reform has opportunities to profit from some changes likely to occur in the housing market. 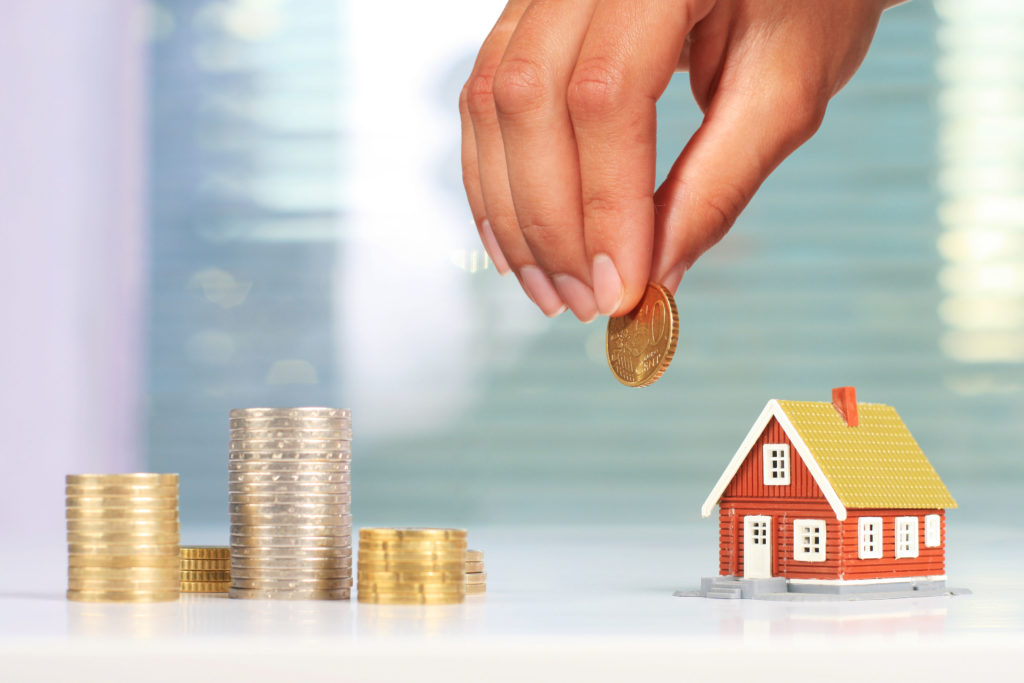 Tax reform does three things that will impact the real estate industry. First, it limits the mortgage interest deduction to $750,000 (down from a million) and to primary residences only. This change affects only new mortgages. Second, it doubles the standard deduction, which will reduce the number of households that need to bother with the mortgage interest deduction. Third, the plan caps property tax deductibility to $10,000 per year (the plan places more stringent limits on who can claim the capital gains exclusion when selling a house and how often, but this will affect very few people).

Each of these changes somewhat limits the tax advantages that traditionally have been conferred on homeowners, especially homeowners who use debt to finance their home purchases. To listen to the lobbyists for the real estate industry, these changes will be the end of the industry, plunging the housing sector back to the depths it experienced in the recent recession. Yet, the math just doesn’t add up on those claims.

Only 64 percent of Americans own a house. Of those American homeowners, about two-thirds have a mortgage.3 Nationwide, only 4 percent of all mortgages are for $750,000 or more.4 Multiplying 64 percent by 67 percent by 4 percent, we find that only about 1.7 percent of households will be impacted by the mortgage interest deduction cap. Plus, existing mortgages are grandfathered in, so anyone who already purchased a home will continue to enjoy the deduction until they sell or refinance. Thus, it will take years to slowly approach that 1.7 percent of households, or 2.2 million households whose deduction is capped. 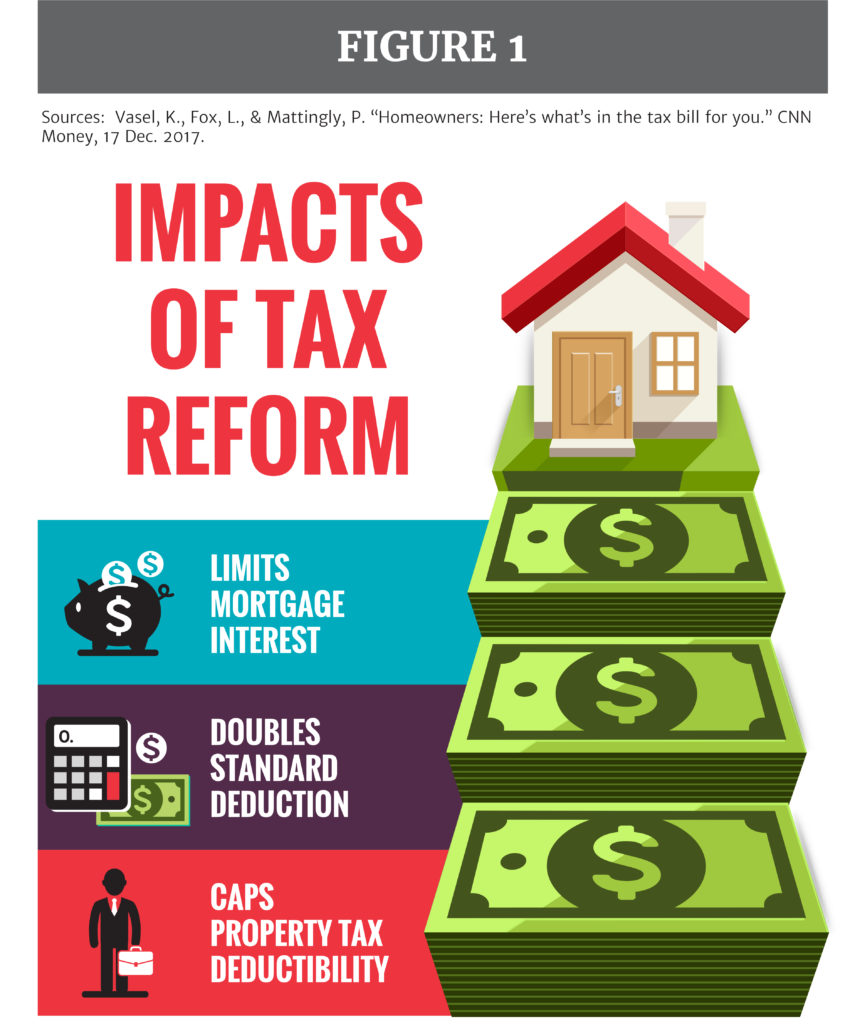 Housing is not being made unaffordable by tax reform since the vast majority of Americans will receive a moderate tax cut under the plan. Home builders and Realtors® seem concerned that a few rich Americans might not buy as expensive houses without as big a tax break, even though they will have more disposable income. I think they are wrong. Americans, particularly higher-income ones, like to buy stuff, especially expensive stuff, and will likely continue to buy expensive houses. The world is not ending.

The key drivers of demand for housing (rental and owner-occupied) are the number of households and the money those households have available to spend on housing. Tax reform will have no effect on household formation unless it is positive (by allowing more people to move out and create new households). Tax reform is estimated to give 85 percent of Americans more after-tax money to spend (and only 5% will have less), so demand for housing (and everything else) should grow, not shrink. Housing depends much more on disposable income, the health of the job market, and Americans’ confidence in the economic future than it does on tax breaks. Don’t listen to the real estate industry; they will be just fine if the Tax Cut and Jobs Act passes.

Narrowing Down to Georgia

What this means for Georgia housing demand is only minor changes to customer preferences going forward. Demand for starter homes should be unaffected or slightly boosted by the tax cuts that such buyers will receive. A similar outlook applies for the middle of the market as houses below $750,000 are essentially unaffected by any of these changes and those buyers should also see an increase in after-tax income. Home builders might consider some slight downsizing (and corresponding lower prices) for ultra-high-end homes as some of those buyers will see their mortgage interest and state and local tax deductions capped. However, these buyers stand to receive the largest tax cuts and so demand may be unaffected with after-tax income gains offsetting the loss of tax advantages.

Demographic trends and accelerating population growth in Georgia are positive signs for the housing industry. For real estate agents, small business owners in construction, and those thinking of joining the industry, the best market segments to focus on appear to be lower- and mid-priced homes, townhomes, and condos that have little or no yard maintenance needed (for both seniors and millennials), and more accessible homes (again, for our growing senior population). A few tax advantages may be ending, but there is still plenty of money to be made building and selling homes. 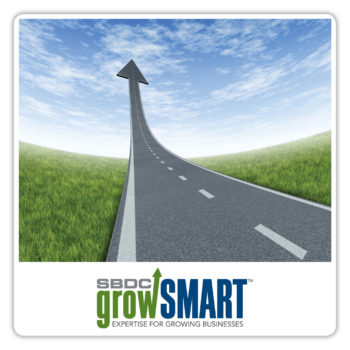 Lead with Optimism – A Message for Business Owners 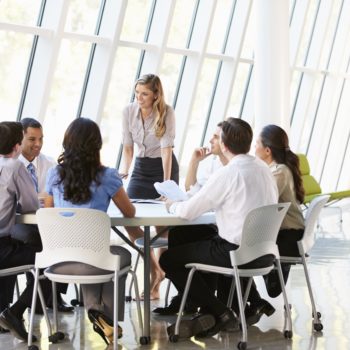