Catherine Downey didn’t find an easy way to success. She did find what works: hard work and dedication to a vision.

Catherine Downey started her first business with “a pen and a legal pad” so she could work at home after her first child was born.

Today, she has four grown children and one of the fastest growing companies in Atlanta. She’s also garnered a hard-earned honor: she has been named Georgia’s 2016 Small Business Person of the Year by the U.S. Small Business Administration (SBA).

[tweetthis display_mode=”box”]See how @CATMEDIATweet started her #smallbiz w/ a pen and legal pad and grew into an #Inc500 #success:[/tweetthis]

Along the way to success, she has had her share of ups and downs. But she’s received help from so many SBA programs, she considers herself a “poster child” for the organization.

Downey is the founder and CEO of CATMEDIA, a Tuckerbased provider of creative services, strategic communications, training and program management for federal government agencies and corporations.

Downey founded the company in 1997 as CATVIDEO, later changing the name to CATMEDIA to reflect its expanding services. The company’s client list now includes some of the best-known federal agencies, such as the Federal Aviation Administration (FAA), the Centers for Disease Control (CDC), the Office of Personnel Management (OPM), Health and Human Services (HHS) and the Department of Defense (DOD).

Before starting on the long road to having her own successful business, Downey began her career in media as director of marketing and broadcast promotions for a Memphis-based television station.

“I was working 60 hours a week when I got pregnant with my first child,” she says. Her desire to spend more time with her baby launched Downey on her first entrepreneurial venture, a small
regional advertising agency.

“I decided having my own business would give me more control over my time,” she says. “I would get up at 5 a.m. and work until my son woke up and then work when he took naps.”

Over the next six years, Downey had four children – two boys and two girls – and continued to work out of her home. “Fortunately, I was blessed with really easy children,” she says.

After a divorce, Downey moved to Atlanta in 1998 with her children. The company finally moved into its first office space in 2001 and grew steadily until around 2004. That’s when “we got clobbered by the economy and I had to move the office back into my house,” Downey says. But, 18 months later, the company had recovered sufficiently to move back into an office space.

CATMEDIA has been growing rapidly in recent years and now has 35 full-time employees. The company also utilizes a pool of 600 freelance artists and adjunct professors, who guide leadership
management training classes for the company’s clients.

CATMEDIA’s rapid growth has been noticed: it was listed as one of Inc. magazine’s 500 Fastest-Growing Companies in America two years running. And recently, CATMEDIA placed in the top 10 of the Atlanta Business Chronicle’s list of the 100 fastest-growing private companies in metro Atlanta.

Downey has now set her sights on reaching the goal of $50 million in revenue over the next three to five years. To accomplish this, Downey opened a sales office in Washington, D.C., and hired
a company president, who is now spearheading the company’s expansion into commercial sales.

“Currently most of our work is for federal agencies but by expanding into commercial work I believe we’ll also be able to greatly expand our company,” Downey says. “We aspire to be a great company – for our employees, our vendors and our customers. We’ve seen explosive growth, ranking among the fastest growing companies in the U.S., but we’ve been able to retain our exceptional customer rating.”

The company has also opened a new entertainment division that is already working on a general audience film and a documentary about sex trafficking.

“We are looking at these two projects as a way to emphasize our company’s overall commitment to high quality,” Downey says.

Downey has set high goals for both projects. “We plan to submit the film to the Sundance Festival, expecting to have a winner, and we have a goal of having the documentary nominated for an Oscar,” she says.

Downey says the company’s big push into commercial sales and the new entertainment division are part of “our investing to grow,” and she credits several SBA programs for helping her learn how to take her company to a higher level.

“I first became involved with SBA programs because I needed to learn about running a business,” she says. “I was a creative person and not trained in business, but in 1999 – 2000, I wanted to ramp up the company and wanted to learn more about sales, so I turned to SCORE for advice.”

SCORE is an SBA resource partner, a nonprofit association of thousands of volunteer business counselors throughout the United States. SCORE members are trained to serve as counselors, advisors and mentors to aspiring entrepreneurs and business owners. In Georgia, there are SCORE chapters in downtown Atlanta, in a number of metro Atlanta counties and in several other cities throughout the state.

Downey’s contact with SCORE not only helped her learn more about sales but also led her to programs offered by other SBA partners. In 2005, she enrolled in the FastTrac program at the University of Georgia Small Business Development Center (SBDC). Now called the GrowSmart™ program, the course educates entrepreneurs on what is required to reach their vision.

“I knew that if I wanted to grow, I would need to know about running and growing a business and the SBDC program is what I needed,” Downey says. “I’m a lifelong learner. You can’t grow if you
stay at the same level – you have to be open to learning. The SBDC program was very helpful.”

Downey enrolled in another SBDC program in 2012 to put together a strategic plan for the company.

Downey has high praise for those who have helped her along the way, including Lloyd Atkins, director of the SBDC’s Office of Minority Business Development. “Lloyd guided me through the 8(a) process and has assisted me in the development and implementation of strategic planning,” she says.

Atkins considers Downey one of his star students. “Catherine is absolutely brilliant … a visionary and a really good listener,” he says. She is always open to receiving advice. She is willing to listen to what you have to say, then she processes it to get what she needs for her business.”

Atkins first met Downey when she participated in SBDC’s GrowSmart™ program. It was Atkins who helped guide Downey through the application process for the 8(a) Business Development Program, which helps small businesses get federal contracts.

“This federal program can be very good for small businesses but it is a tough market and very competitive,” Atkins says. “Catherine has done it right and has been very successful with it.”

Atkins has continued working with Downey on strategic planning for her company and continues to be impressed with her progress.

“I can’t say enough about how pleased we are with Catherine’s success,” Atkins says. “She is a really, really smart lady. Her hard work, drive and vision has gotten her to where she is now and the future is whatever she wants it to be.”

The SBA Emerging Leaders Program was another learning opportunity for Downey. This intensive seven-month training course specifically focuses on the professional development of executives of “second stage” businesses poised for growth.

Downey says her time in the Emerging Leaders Program and its CEO mentoring groups made her better equipped to lead her company. She graduated from the program as valedictorian in
2014, and is often asked to speak with potential candidates about the program.

“I became involved in the Emerging Leaders course just as my company was ready to explode with growth,” Downey says. “The course was excellent and really helped me learn how to manage
our explosive growth.”

With the company growing, Downey decided it was time to get her own building. With the help of an SBA loan, she purchased a 6,600-square-foot building in Tucker. In March 2015, the company moved into the new facility, which includes offices and a studio for photography and videography.

Today, Downey’s thriving company can be an inspiration to aspiring entrepreneurs, but she cautions other would-be entrepreneurs looking for easy success.

“Anyone thinking about starting their own business needs to realize it is not magic – just hard work and dedication,” she says. “There were times it took everything I had to just get up in the morning and take that first step. I have taken some major hits and some days are really hard, but you must face the direction of your dreams every day.”

“To be an entrepreneur, you really need to be fearless,” Downey says. “You have to believe in yourself, be willing to take risks and work really hard. There are always people who will tell you ‘you can’t do it,’ but you have to ignore the naysayers. There is no easy button to have a successful business. It’s fun, and very rewarding, but it’s not easy.” 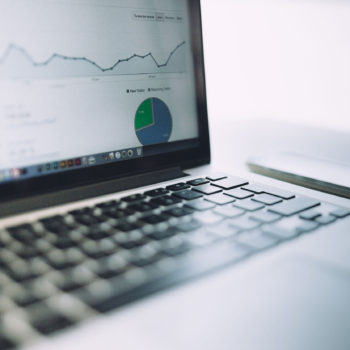 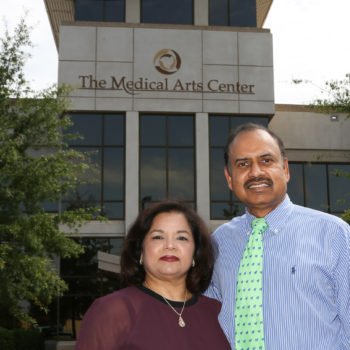