In the 2018 edition of the University of Georgia Small Business Development Center’s publication, “Small Business and Its Impact on Georgia,” the article below titled, “Spotlight Industries in Georgia: Technology,” was featured. 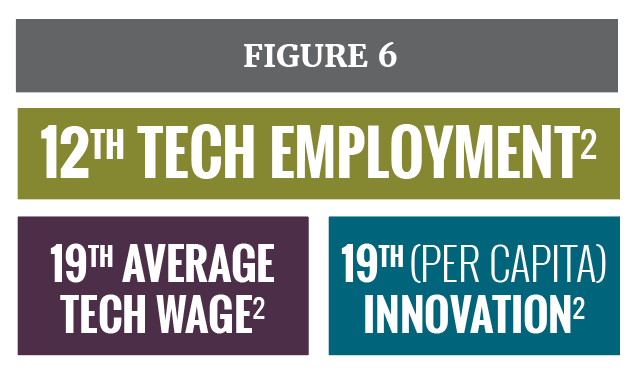 The technology sectors in Georgia have made technology one of the top industries in the state. Thanks to the addition of almost 8,000 new jobs in 2016, Georgia has become one of the nation’s top 10 technology employment markets, bringing the total technology payroll to almost $30 billion in 2016.1

Within the technology industry, the Software and IT and Telecommunications sectors represent almost 50 percent of total technology employment in Georgia. Adding the most new technology jobs were the Internet and Multi-media, Software, and Biosciences. Occupations such as applications developers and project managers are becoming the most critical jobs. High tech occupations within Georgia’s Media and Entertainment sector grew by nearly 17 percent, making it one of the fastest technology growth sectors in the state.1

According to a recent publication from CompTIA, Georgia ranks 13th in the nation for self-employed or sole proprietors in the tech industry. For the state, 16.2 percent of the total employer firm plus non-employer firm workers are self-employed. The national average is 13.7 percent. Georgia also ranks in the top 20 for the average tech industry wages in 2016 at $94,915 per year.2

Small businesses lead the way in the number of firms within the Professional, Scientific, and Technical Services (PSTS) industry (NAICS 54), as well as the Information industry (NAICS 51) for Georgia. PSTS firms with an employee size range of 0-4 employees has the largest number of firms. At just over 20,000 firms with 0-4 employees, the next size range, 5-9 employees, has almost 3,000 firms. There is a large gap between the highest numbers of firms for Information as well. For the employment size range 0-4 there were over 1,200 firms, for the range 5-9 employees there were 282 firms. Looking at those numbers it is clear that small businesses with 0-4 employees are vital to Georgia’s technology industry.3

Over two-thirds (68%) of Georgia’s technology employees are located in Atlanta.1 A recent Realtor.com article ranks Atlanta second for “outside of main tech city” hubs. Thanks to Google Fiber’s service, excellent talent pools to draw from thanks to local universities, and low cost of living, Atlanta has become a relatively great choice for tech development opportunities.4 Other Georgia MSAs showing job growth in this sector are Athens, Columbus and Savannah.1

Georgia’s logistics technology sector keeps things moving within the state and across the United States. Georgia has nearly 300 companies involved in the development of the technology to manage the movement of materials, the processing into finished goods, and delivery to the final buyer. The logistic technology companies support over 11,000 logistics service providers in the state. Georgia is home to two deepwater ports, the world’s busiest airport, two Class I railroads with the largest rail hub in the southeast, and the most extensive surface transportation network in the country, all of which contribute to Georgia’s logistics excellence.5

For the state, 4.9 percent of the overall workforce is in the tech industry. The industry overall contributed an estimated 8 percent directly to Georgia’s economy.2 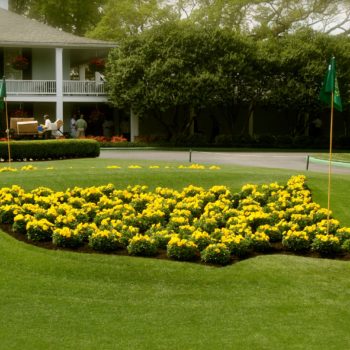 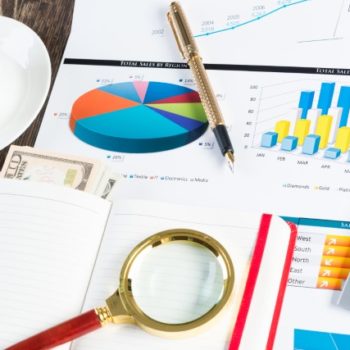