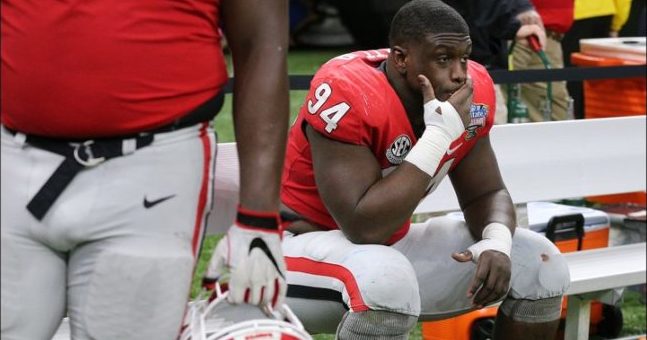 Let’s be honest… most of Dawgnation is waking up this morning like:

But you know what? Failure happens. It happens to us all… especially to entrepreneurs… it’s inevitable. The worst part about failure is the feeling of being crushed, defeated, and as if you’ll never be a successful entrepreneur (or a National Championship winning football team – ha!). However, all of those things mentioned are just feelings. Failure is one of the best gifts an entrepreneur can receive as it is an opportunity to learn from your mistakes and become stronger.

Failure comes in many forms. Sometimes it’s a small loss… like not being able to close a deal or losing to a competitor. Other times, those failures could be huge… like not managing your cash flow and not being able to make payroll. Or, in Georgia Football’s case… failure comes in the form of blowing a 58-minute/14-point lead twice against Bama, trolling on Twitter and then losing the Sugar Bowl to a #15 ranked team.

If you’ve heard it once, you’ve heard it a thousand times though… “You are not defined by these failures but rather by how you deal with them.” Knowing how to rise above the challenge when faced with adversity is crucial to being a successful entrepreneur.

Failure is a real possibility for the vast majority of business owners. The question is — what are you going to do if and when you fail?

It’s pretty obvious from the game last night that Georgia WAS NOT prepared for anything Texas was throwing their way. Both sides of the ball were flat, no creativity, and no strategy for making mid-game adjustments to alleviate some of the weaknesses. They also weren’t prepared to lose.

As an entrepreneur, you have to be prepared for anything. You don’t have to have a full plan laid out for failure, but being mentally prepared for potential failure is important. If you have expectations that things are going to go perfectly according to plan (like Coach Chaney… *cough* UGA’s run game *cough*), then once those plans crumble, those moments of failure will be even more difficult as you weren’t prepared.

However, if you adopt a forward-thinking attitude and think ahead, overcoming the failure will be much easier.

Start with a vision and use it as a guide to create your plan. Think ahead about the outcomes you want and what could be a few of the challenges you’re faced with. Unlike Georgia, have a Plan B if Plan A doesn’t work… and don’t be so naive in thinking that everything you’re going to do is going to work.

One of the best ways to always be prepared in business is by carrying out frequent SWOT (Strengths, Weaknesses, Opportunities, and Threats) Analyses of your business system. This helps to identify areas that are working and those that are not. [If you’re not familiar with a SWOT Analysis and/or need help from an unbiased third-party, the UGA SBDC offers no-cost business consulting at 17 locations across the state and can help.]

If Georgia would have created a SWOT Analysis before the game, they might have avoided the obvious tactic of Texas completely shutting down Georgia’s run game.

An example of a SWOT Analysis for business would be:

An effective SWOT Analysis identifies strengths and weaknesses within a business and answers questions of “Where would I like my business to be in the future?” and “Where is my business now?” You should then use the results to develop a plan of action… a.k.a. BE PREPARED.

After Georgia Football players trolled the CFB Playoff Committee on their Top 4 selections… then lost in the Sugar Bowl… they’re definitely going to have to find something to help build their energy and morale back up. Let’s face it… that was embarrassing.

When entrepreneurs fails, they too can feel embarrassed and ashamed. Knowing yourself and what you need in difficult times is important. People who know what they need to feel better and think clearer are much more equipped for facing adversity head-on and coming out on top. There’s many things one could do to help re-energize: exercise, spend time with people you care about, go to an inspiring and isolating spot, or take a class or two and expand your knowledge.

Running a business and making it successful (or building a dynasty football team) is not easy. Embrace the warrior mindset and refuse to become a number in the statistics of business failures, which according to Small Business Trends: “50 percent of businesses fail within the first four years.” [Or, just take the UGA SBDC’s StartSMART and GrowSMART programs to help build your business the right way and to withstand the test of time.]

All in all… don’t be too hard on yourself. After all, it’s just a game… or a business. Keep believing in yourself and that you can overcome the obstacles you are faced with. Surround yourself with the right people to support you through difficult times (such as a UGA SBDC consultant who will be your cheerleader every step of the way). And most importantly, don’t give up.

Make Good Decisions & Don’t Dwell on the Past

When you experience failure, it’s easy to make decisions using emotion rather than logic. Doing so often times results in detriment. For instance, as many of us were taught that failure is bad, when we fail, we’re tempted to quit. Just throw in the towel. However, successful people use failure as a stepping stone and opportunity to learn and build their next business even stronger.

Failure is a great opportunity to reevaluate your situation. Reflect on what went wrong, and find solutions to the problem that caused the failure. Learn from your mistakes, and do things differently next time.

Looking back throughout history, every single people who has accomplished something significant has also failed. Did you know that J.K. Rowling’s Happy Potter series was turned down by countless publishers… until she she wasn’t… and the rest is history. Also, Albert Einstein couldn’t land a gig as a professor everyone that has accomplished significant work has failed. J.K. Rowling had the Harry Potter books turned down by innumerable publishers. Albert Einstein could not even score a gig as a professor, but then his Theory of Relativity happened and totally changed the game and built a foundation for modern inventions such as the nuclear bomb and nuclear energy… along with new ways of looking at time, space, matter, energy and gravity in general.

Losing happens to everyone. Feeling defeated isn’t going to accomplish anything productive. Instead, forward-thinking will enable you to get past the problem and work toward a brighter future.

(See what I did there? Fromm? Like Jake Fromm.)

At the end of the day, failure is just part of life. As far as Georgia Football is concerned, is it really a reasonable expectation to win every game? It would be nice, but it’s not a reasonable expectation. No one is perfect (except for maybe Bama and Clemson at this point). What sets eventual successful entrepreneurs apart from the rest is having the right mindset. Successful entrepreneurs are eager to embrace change and challenges. That, coupled with dedication, hard work, and determination is the game-winning formula to success. [tweetthis display_mode=”button_link” remove_hidden_hashtags=”true”]To be successful entrepreneurs, we must learn FROMM (get it?) our mistakes. Here are a few things #entrepreneurs can learn from @footballuga’s #SugarBowl loss:[/tweetthis]

I’m confident that Georgia isn’t going to dwell on the past, will find creative solutions to their team weaknesses, and be much more prepared in the future.

Hopefully, these strategies can help you overcome business failures when you’re up against the usual growing pains of business ownership and help you be more prepared to weather unexpected Sugar Bowl storms from Texas. 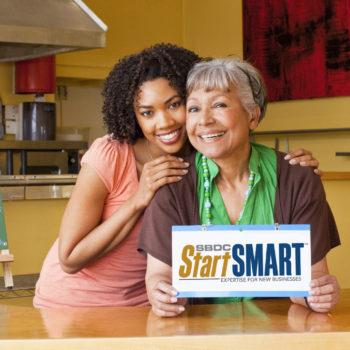